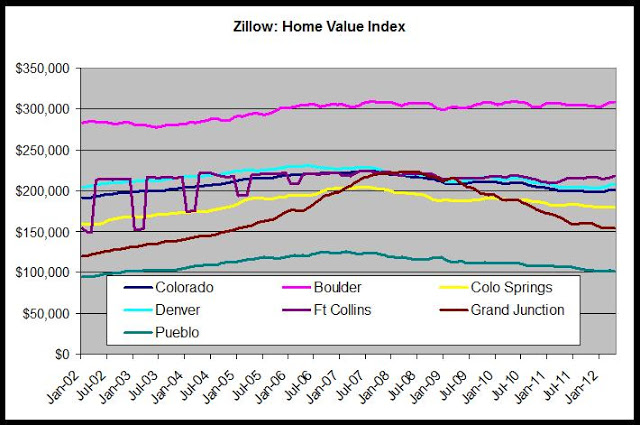 Estimated home value for each metro area for February 2012:

Zillow home valuations, known as the median "Zestimate valuation" should be taken with a grain of salt, but in this case they do appear to be in line with other home price indices and trends. The metro trends presented here match up well with the metro trends provided by FHFA's quarterly reports on home prices in Colorado.

The strongest Colorado job markets, found in Boulder, metro Denver and the Ft. Collins area correspond with the highest home value estimates. The continued small declines in prices reflects other indices, although the Case-Shiller and CoreLogic indices did show some small increases for prices during January and February, respectively.
Posted by Ryan McMaken at 9:53 AM