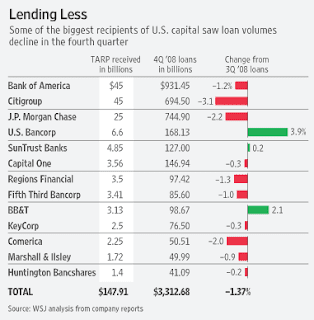 CDH has announced that $87,500 in HOME funds has been awarded for maintaining the availability of affordable housing in the Mesa County.

The program provides technical assistance to homeowners who need rehabilitation of their homes in order to maintain safe and decent living conditions. Housing Resources of Western Colorado (HRWC) provides a work analysis and assists in finding approved contractors, and inspects the completed work. HRWC then provides a low interest long term loan, secured by a second deed of trust to pay rehabilitation costs. The program serves those individuals and families who earn 80 percent of Area Median Income (AMI) or less. In Mesa County this level is $43,130 for a four-person family, $34,500 for a couple and $30,200 for an individual.


DENVER -- The Colorado Division of Housing has announced that $95,729 in CDBG funds has been awarded for maintaining the availability of affordable housing in the Delta County.

The program provides technical assistance to homeowners who need rehabilitation of their homes in order to maintain safe and decent living conditions. Delta Housing Authority (DHA) provides a work analysis and assists in finding approved contractors, and inspects the completed work. DHA then provides a low interest long term loan, secured by a second deed of trust to pay rehabilitation costs. The program serves those individuals and families who earn 80 percent of Area Median Income (AMI) or less. In Delta County t
Posted by Division of Housing at 9:32 AM

Get housing updates on your hand-held devices

Be sure to sign up to receive Twitter updates from the Colorado Division of Housing. We'll send you updates on new data reports, grants, and important news stories.

Try it here.
Posted by Division of Housing at 8:59 AM

Note: We are only one sponsor of the Metro Denver Survey, so we only archive the data online. To get the latest data, please contact the Apartment Association of Metro Denver.

This is Metro Denver data ONLY. Statewide data will be available in February.

Apartment vacancy rates in the Denver Metro area increased to 7.9 percent during the fourth quarter of 2008, rising from 6.1 percent during the same period last year. According to a report released today by the Apartment Association of Metro Denver and the Colorado Department of Local Affairs’ Division of Housing, 2008’s fourth-quarter vacancy rate is up from the third quarter rate of 6.5 percent, and is the highest vacancy rate reported in three years.

In general, a vacancy rate of 5 percent is considered the “equilibrium” rate. Rates below 5 percent indicate tight markets.

“Recent unemployment data showing a decline in employment gives us some idea of what’s driving this growth in vacancies,” said Gordon Von Stroh, a professor of Business at the University of Denver, and the vacancy report’s author. “It’s hard to fill rental units without job growth.”

Observers noted that there are many ways that renters can drive down occupancy.

“When job growth is slow or negative, people get roommates, move back home with parents, or find other ways to cut housing costs,” said Kathi Williams, director of the Colorado Division of Housing. “The drop in demand will also tend to discourage growth in rent levels.”

The Vacancy and Rent Surveys are a service provided by the Colorado Department of Local Affairs’ Colorado Division of Housing and the Apartment Association of Metro Denver to renters and the multi-family housing industry on a quarterly basis. The Colorado Vacancy and Rent Survey reports averages and, as a result, there are often differences in rental and vacancy rates by size, location, age of building, and apartment type. The Report is available through the Apartment Association of Metro Denver at www.aamdhq.org; and limited information is available online at the Division of Housing web site: http://dola.colorado.gov/cdh/
Posted by Division of Housing at 8:45 AM

The plan for 34 million dollars in state funds granted to the Colorado Division of Housing has been approved. The division's plan is one of only 8 state plans approved so far by HUD.

In late December, Colorado’s HUD region said it expected to find out “soon” if it would receive $19 million in foreclosure-relief funds for the cities of Denver, Colorado Springs and Aurora, as well as Adams County in metro Denver.

HUD already OK’d $34 million in foreclosure-relief funds late last year for the entire state of Colorado, which will come from the housing department’s $3.92 billion Neighborhood Stabilization Program (NSP) created by the Housing & Economic Recovery Act of 2008.

The program provides funds to state and local governments to buy and rehabilitate or redevelop foreclosed properties that might otherwise succumb to abandonment and blight.

Dollars earmarked for Colorado will pay for buying and upgrading distressed multifamily properties such as apartments, duplexes and condos as well as purchasing and fixing up abandoned and foreclosed single-family homes.

The money also will be used to demolish blighted properties, and provide counseling to new homebuyers.

The state will allocate the HUD funds, and community development groups, with the help of elected officials, will use the money.

NSP money can be combined with HUD’s Community Development Block Grant (CDBG) Program funds as well as other funding resources.

The plan can be found here: http://dola.colorado.gov/cdh/NSP.htm
Posted by Division of Housing at 10:22 AM

The RMLUI's 18th Land Use Conference

The Division has many partnerships with the University of Denver through the Rocky Mountain Land Use Institute (RMLUI) at the School of Law and through the Real Estate and Construction Management program at the College of Business.

The RMLUI's 18th Land Use Conference is now open for registration. Have a look at the brochure:

Sustainability: Beyond the Platitudes

http://www.law.du.edu/index.php/rmlui
Posted by Division of Housing at 10:15 AM

Report on State Housing Board Allocation of HB 08-1402 Funds

During the 2008 legislative session, the General Assembly allocated $100,000 to the Colorado Division of Housing to be allocated:

Colorado Foreclosure Hotline After 2 Years: A report on callers and outcomes
Click here for other announcements

Colorado Foreclosure Hotline After 2 Years: A report on callers and outcomes (1/16/2008)


DENVER, Colo."From November 2007 to November 2008, calls to the Colorado Foreclosure Hotline have increased by an average of 28 percent per month. According to a report released today by the Hotline"s call center, inception-to-date calls placed to the Hotline reached 52,340 last month.

Despite climbing demand, housing counselors have maintained the same success rates since the Hotline"s inception. Eighty percent, or four out of five households, who attend a face-to-face, one-on-one appointment with a HUD-approved housing counselor, will successfully avoid foreclosure.

"Calls are continually on the rise," said Stephanie Riggi, manager of the Colorado Foreclosure Hotline. "In 2007 we saw calls taper off toward the end of the year. This year, calls have increased as the holidays approach, and our housing counselors are scheduling appointments as much as two weeks in advance."

The Colorado Foreclosure Hotline has met with 10,300 clients since the October 2006 launch.

For those borrowers that received housing counseling through the Hotline, 23 percent sold their homes through a short sale, while 15 percent brought the mortgage current, 10 percent initiated a repayment plan, and 7 percent obtained a mortgage modification.

Press Release
MSWord file
Posted by Division of Housing at 10:11 AM

In a partnership with 9News, The Division of Housing and the Colorado Foreclosure Hotline organize Mortgage Line9 events several times each year. The Hotline counselors take calls from homeowners in order to provide information on homeownership and mortgages to 9News viewers. This is a MortgageLine9 event from 2008:

Posted by Division of Housing at 11:50 AM

Components of US Private Construction in 2007


Note that over 50 percent is comprised of residential structures of some kind.
Posted by Division of Housing at 8:06 AM