However, when permit totals are adjusted to the number of existing housing units in each county, the counties with the larges amounts of permit activity were Douglas, Weld and Chaffee counties.These three counties have reported the highest permitting rate for several months. 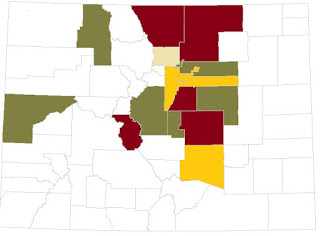 During the first four months of 2012, the metro counties with relatively few new single-family permits relative to the size of the existing stock are Pueblo, Jefferson, Arapahoe, Denver and Boulder counties.

In a larger context, single-family permits remain well below totals experienced prior to 2007. From 2006 to 2008, single-family permits in the state decreased 60 percent from 31,000 to 12,000. Permit activity appears to have bottomed out in 2009. When discussing permit activity from 2008 to the present time, even in areas that report substantial increases, we're looking at permit totals that are near 20-year lows.However, growth rates during 2012 so far has been greater than what has been seen in recent years. 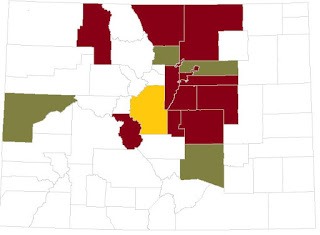