According to the National Delinquency Survey, released earlier this month by the Mortgage Bankers Association, 30-day delinquencies were down year over year, falling from 2.17 percent to 2.03 percent.

As noted in an earlier post, Colorado was 6th best in the nation for the percentage of loans that are either in foreclosure or are 90 or more days delinquent. 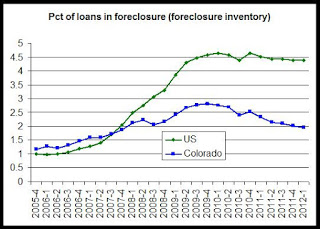 During the fourth quarter of 2011, new 30-day mortgage delinquencies in Colorado were down year over year, falling from 2.17 percent to 2.03 percent. 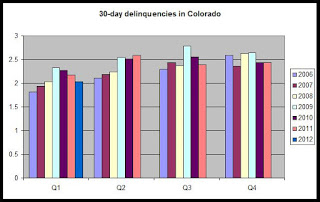