Colorado multifamily permits surge in March, up 62 percent in 2012 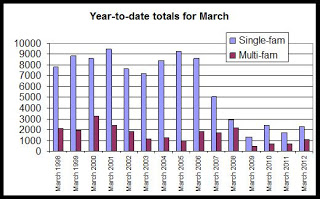 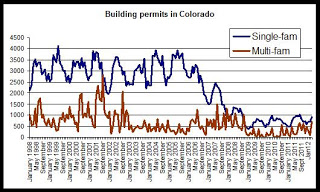 During March 2012, the number of new multi-family permits issued was up from March 2011, and were at a six-year high. Over the past decade, only 2006 had more multifamily permit activity during the month of March. 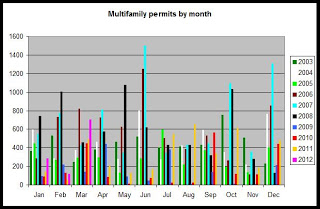 In the other hand. March was another flat month for single-family permits for the most part, and March's single-family permit total was at the third-lowest level reported in ten years. Overall, March's totals were well below March totals seen before 2009. 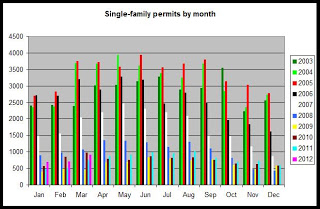 Once again, multi-family growth trends outpaced single-family growth, and March 2012 was one of the strongest months for multifamily activity in five years.

Summary: Permit activity during March signaled a continued lack of growth in single-family construction while multifamily activity continued to grow.
Posted by Ryan McMaken at 11:01 AM