Multifamily permits up 89 percent in Colorado during 2011 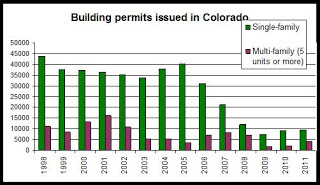 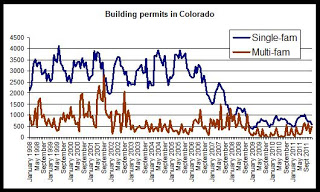 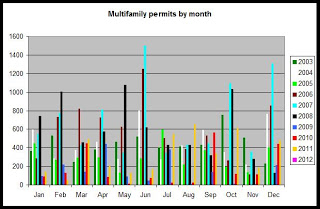 December was another flat month for single-family permits for the most part, although it was at a slight four-year high. Overall December totals were well below December totals seen before 2009, but has nevertheless shown a mild growth trend since.

Much of the multi-family activity during 2008, however, was driven by condominium construction while almost all multi-family construction during 2011 was for rental apartments. The 89 percent increase in multi-family permit activity from 2010 to 2011 indicates an ongoing demand for new multifamily rental product.
Posted by Ryan McMaken at 10:31 AM