As noted in an earlier post, Colorado was 7th best in the nation for the percentage of loans that are either in foreclosure or are 90 or more days delinquent. 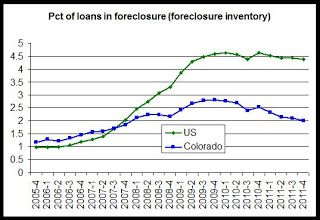 During the fourth quarter of 2011, new 30-day mortgage delinquencies in Colorado were flat year over year at 2.44 percent. 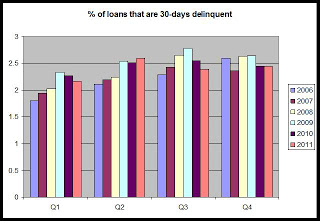 We also can note that the the third third and fourth quarters tend to have the highest delinquency rates when compared to other quarters.
Posted by Ryan McMaken at 10:19 AM