FHFA: home prices down 1 percent in Colorado at end of 2011 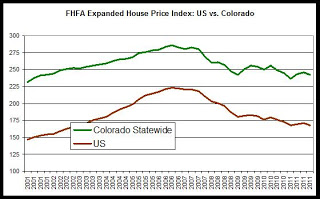 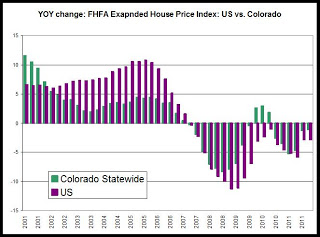 Note: During the second quarter of 2011, the Federal Housing and Finance Agency released, for the first time, its Expanded-Data House Price Index. The new index is "Estimated using Enterprise, FHA, and Real Property County Recorder Data Licensed from DataQuick[.]"

However, at the metro-are level, we'll still need to rely on the older GSE-data index until FHFA expands its new index into the metro areas.
Posted by Ryan McMaken at 9:19 AM