Colorado Regional Employment: Job growth in all metros since 2010 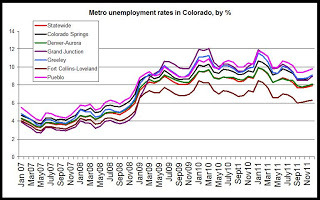 We expect the demand for housing to continue to be strongest in the Fort Collins-Loveland area and in metro Denver.
Posted by Ryan McMaken at 9:58 AM