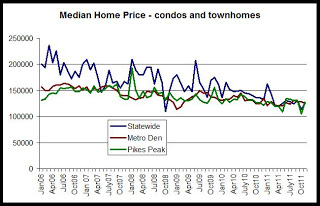 The second graph shows year over year changes in median home prices for condos and townhomes. The last two months have shown some very small increases in all three areas, although it remains to be seen whether these brief increases will become a trend. Until October 2011, all three areas had reported declines in the median home price every month since February 2011. The overall trend in home prices among condos and townhomes over the past year has been down, although the recent increase in metro Denver does point toward some added stability in the Denver metro market. 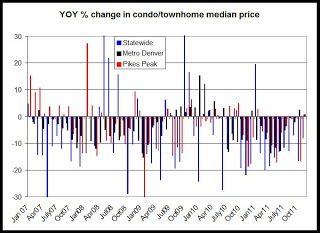