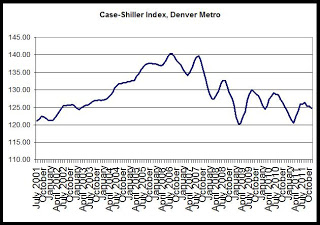 “Despite continued low interest rates and better real GDP growth in the fourth quarter, home prices continue to fall. Weakness was seen as 19 of 20 cities saw average home prices decline in November over October,” says David M. Blitzer, Chairman of the Index Committee at S&P Indices. “The only positive for the month was Phoenix, one of the hardest hit in recent years. Annual rates were little better as 18 cities and both Composites were negative. Nationally, home prices are lower than a year ago. The 10-City Composite was down 3.6% and the 20-City was down 3.7% compared to November 2010. The trend is down and there are few, if any, signs in the numbers that a turning point is close at hand.

In year-over-year comparisons for November, Atlanta showed the largest drop, with a decline of 11.8 percent, while the index in Las Vegas fell 9.1 percent. Year over year, home price indices fell in 18 of the 20 cities included in the study. Only Washington, DC and Detroit showed increases. 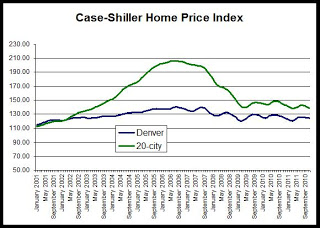 Nevertheless, the Denver index during October was at the lowest November value seen since 2002. 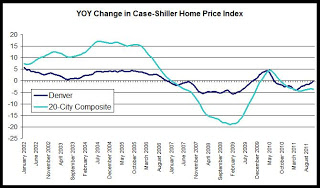 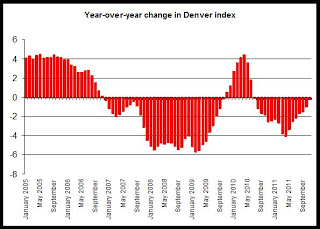