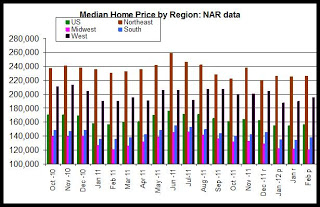 Home sales transactions (closings) rose 10.6 percent in the West region, year-over-year, and they rose by 13.0 percent nationally during the same period. 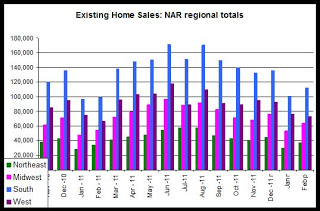 According to the NAR press release:

NAR President Moe Veissi, broker-owner of Veissi & Associates Inc., in Miami, said market conditions are improving. “Supply and demand have become more balanced in more markets, but with tight supply in the lower price ranges - particularly in the West,” he said. “When markets are balanced, we normally see prices rise one to two percentage points above the rate of inflation, but foreclosures and short sales are holding back median prices."