2012 Multifamily permits up 117 percent through February 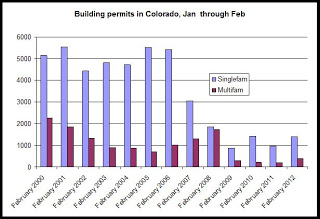 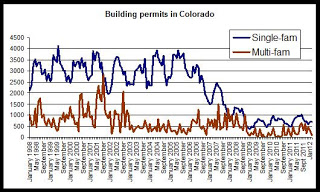 During February 2012, the number of new multi-family permits issued was up from February 2011, but was at the second-lowest level reported in ten years. February's permit total of 119 was down significantly from January's total of 287. 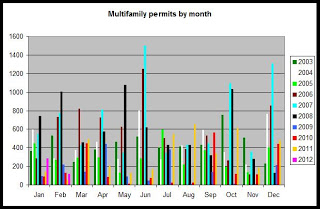 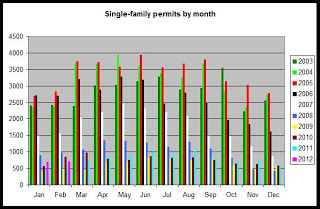 Summary: Permit activity, especially in multifamily permits, is certainly up for the year so far as compared to 2011. However, early 2011 was not a robust period for permit activity, so increases form that period do not necessarily indicate a growth trend for the present. The fundamentals for multifamily construction continue to be strong, but this has not yet showed up in what we would consider to be large numbers for mul;ti-family permit activity.
Posted by Ryan McMaken at 2:58 PM