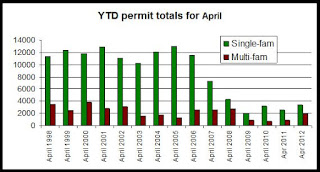 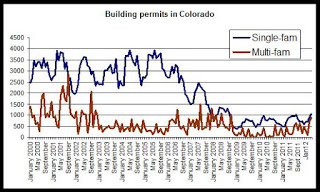 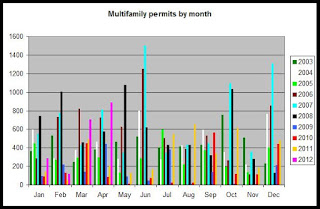 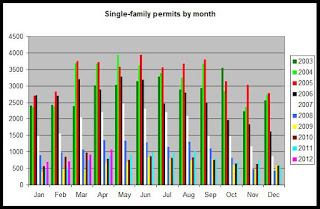 Once again, multi-family growth trends outpaced single-family growth, and April 2012 was one of the strongest months for multifamily activity in recent years. We must look back to October 2008 to find any month with more multifamily permits issued.

Summary: As can be seen in the second graph, overall permit activity is building although it remains well below peak levels. Both single-family and multi-family permits were at multi-year highs during April.