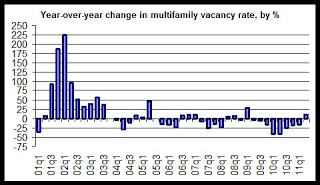 The fact that the vacancy rate increased slightly may be due to the fact that so many owners have been pushing up rents during the second quarter. In a tight market, large increases in rents often lead to temporary upticks in vacancy as tenants choose to move out rather than pay higher rents. This in turn pushes up turnover and vacancy. If demand remains high, though, the vacancy rate is likely to come back down. 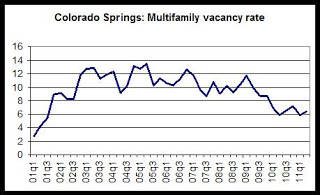 What was most notable during the second quarter was the unusually large amount of rent growth that was reported. 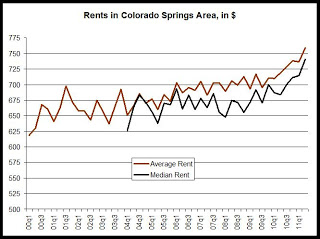 This rate of increase is well above June's inflation rate (3.1 percent), and illustrates that rent growth in the region is notable, even when adjusted for inflation. 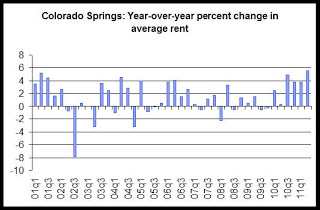 While the recent growth in rents and the declines in vacancy rates does not in itself prove continued demand for multifamily rentals in the region, the absence of any substantial amount of new construction of rentals in the area will contribute to ongoing rent growth and tightness in vacancies. Barring a large mobilization of troops out of the area, there will be sufficient population to sustain continued demand for rentals.

The vacancy and rent report also contains information on median rents. For more information on the differences between median and average rents, see here.
Posted by Ryan McMaken at 3:17 PM