Multifamily permits up 42 percent during first half of 2011 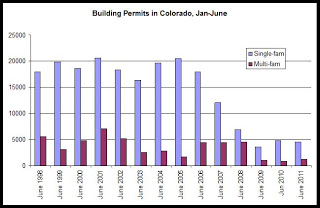 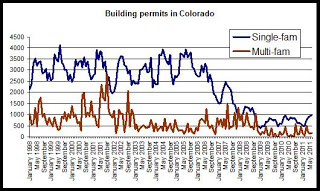 New construction of single-family homes has shown some indications of growth in recent months. See here for regional housing starts data. Housing starts in June were at a 33-month high in the western US.

Additionally, multifamily activity has also shown indications of renewed growth in the year-to-date totals. There has been much optimism within the multifamily industry about rent growth which in turn will lead to new construction.

In spite of 10-year lows in vacancy rates and increasing strength in rents, new permitting and construction in multifamily housing has been slow to warm up. New construction has likely been constrained by a lack of availability in financing for new projects. 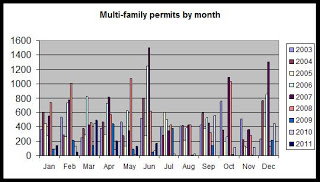 Growth in single-family permit activity suggests there is some hope among single-family homebuilders. May's permit total for single-family units was at a 3-year high, although it remains well below typical June totals reported over the past decade. 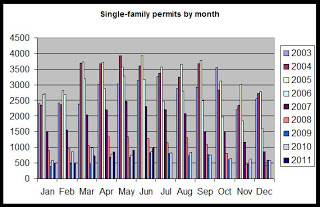 Click here to see where the most single-family permits are being issued.
Posted by Ryan McMaken at 9:00 AM