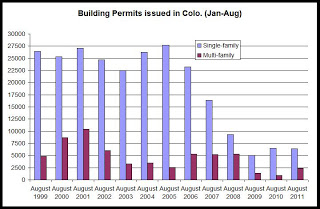 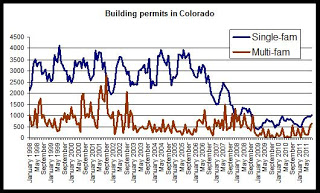 Regionally, new construction of single-family homes showed year-over-year increases during June and July, but was unchanged during August. See here for more.

Multifamily activity has shown indications of renewed growth in the year-to-date totals in recent months. There has been much optimism within the multifamily industry about rent growth which in turn will lead to new construction.

Multifamily permit activity during August was at a ten-year high. The third graph shows that August's permit total was up from 2010 and is now at the highest August total since 2002. 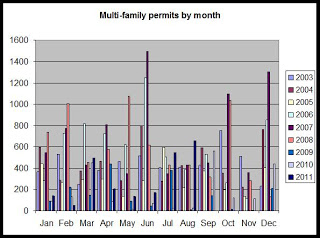 Growth in single-family permit activity suggests there is some hope among single-family homebuilders, but that demand is restrained. August's permit total for single-family units was at a 3-year high, although it remains well below typical August totals reported over the past decade. 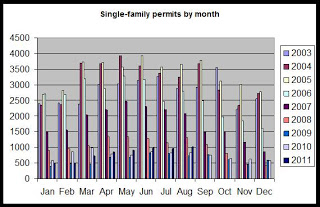 Conclusions: This data further reinforces the notion that interest in new multifamily construction continues to increase at a much faster rate than single-family construction.
Posted by Ryan McMaken at 3:07 PM