Remodeling in West region up 43 percent during September

According to Buildfax's September 2011 release: 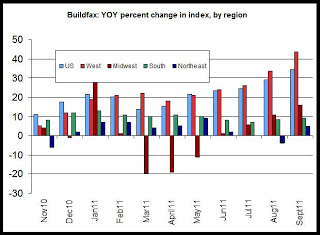 The Buildfax press release makes the plausible claim that the most growth in residential construction right now is found in multifamily construction and in remodeling. 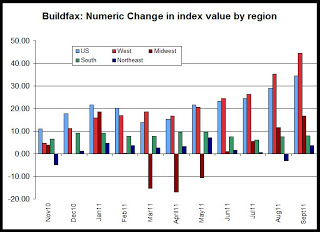 The BuildFax Remodeling Index is based on construction permits filed with local building departments across the country. The index tracks the number of properties permitted. The national and regional indexes all have an initial value of 100 set in April of 2004, are based on a three-month moving average, and are not seasonally adjusted.
Posted by Ryan McMaken at 10:48 AM