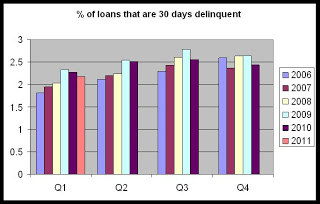 We also can note that the first quarter 30-day delinquency rate tends to be low compared to the other quarters, so we'd expect a drop from the fourth quarter, and we did see that. Nevertheless, the fact that this is the lowest 30-day delinquency rate in 12 quarters is significant and does support the conclusion that there are indeed fewer borrowers actually missing mortgage payments today compared to recent quarters. 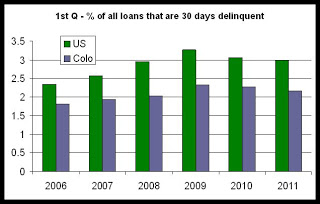